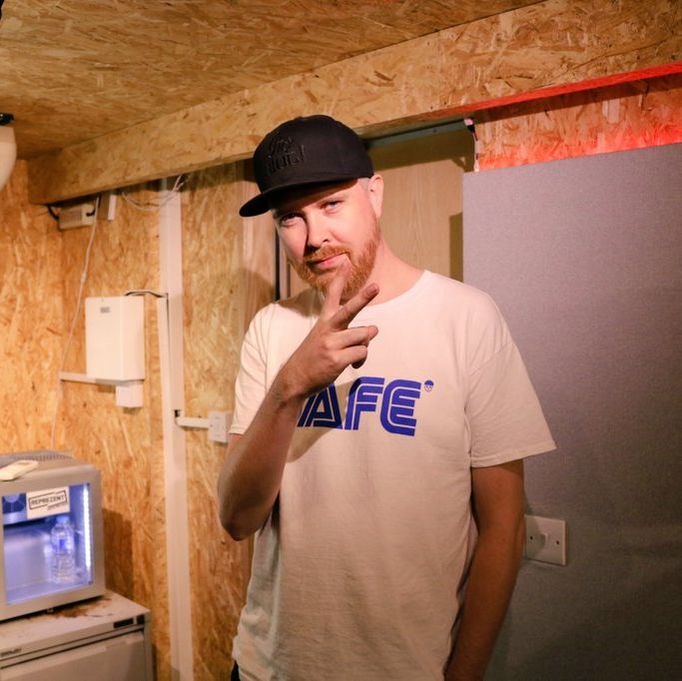 Credit: Marvel 2017
If you're here, you're probably looking for an extensive bio about me and what I've done. So, here’s a brief history…

I've been DJing since 1999, but it was usually just a hobby - especially at first. I didn't go the usual route of buying belt-drive turntables and dealing with the frustrations that comes with using them. Yes, I had an extensive vinyl collection, bugging Uptown Records, Slammin' Vinyl and the like to get new test presses, but I ripped them straight away as I went straight into using CDs and digital music files. The downside to getting in early was the extortionate cost of storage so all my vinyl collection was shitty 128kbps MP3! Something I'm slowly rectifying by bugging all the old producers for digital copies of their old masters (if they even still have them!) and raiding Discogs for old CD singles to get a clean WAV copy.

Anyway, I've drifted from paying UK Garage, to Funky House, to Bassline/4x4 and back to UK Garage - which is what I mainly play these days. I tried to start a UKG night in Plymouth with some mates, but it never really took off (different story now, though - finally Plymouth!). I then played for Slime Recordings head honcho Andy in Bristol at his old night 'Byte' (and had the privilege of doing a promo mix for the night too) alongside Duncan Powell, Ed Wideboys, Blazey and K-Krush with Majestic on hosting duties.

I then moved to Liverpool with my now wife and, again, tried to get involved with the slow UKG scene in the city but carried on with my (now established) 'It's A Lot!’ mix series. In 2011, I did a mix featuring new UK Garage but I didn’t expect it to be the start of the scene so it was always meant to be a one-off! That mix was ‘The UKG Sessions, Vol. 1’ (although it wasn’t called that!). This new branch to the mix series gained traction and, as it appeared the scene was coming back, I decided to come back to the music I love and continue the series.

It wasn't until the last year of living in Liverpool that things started to look up for me as a DJ. This was all tied in with my involvement with 'New Movement DJs' - a group of like-minded DJ, producers and bloggers looking to push the new sound of UKG. I joined the group in late 2014/early 2015 (I think) as I was asked to get involved with UKG Fest and play in the 'I Love UKG' room after the success of the room at the first event in 2014. Sound issues aside, the night was awesome and was great to meet a lot of people I'd only ever spoken to on social media. I then got involved with Slime Recordings again, playing in Shoreditch alongside DJ Redhot, Brite, Mind Of A Dragon, Brainz, TooBad DJs and Al Chewy with Marvel on mic duty.
​
I was given the honour of opening for the legendary Garage Nation (thanks Carts) in Liverpool, supporting Bugzee, Cartier, Flava D and (ahem) 'Artful Dodger'.

I moved back to London at the beginning of 2016 and New Movement DJs were given a radio show on Reprezent Radio on a Saturday afternoon. By this time, NM had expanded into about 20+ people and we had a nice roster for radio. Things didn't quite work out as planned, as is the way in life, but I got to host a number of shows and play the music I love to (hopefully) a few people on legal radio.

Which brings us to now, the end of 2017. I'm now opening up the 'It's A Lot!' brand to other DJs and although I've done the first mix I'm lining up some mixes from lots of other genres and styles so keep an eye out and if you can think of someone that would be good to feature, please email submissions@itsalotmusic.com and we'll take a look.